A guest blog post from Dr Craig Davies, Head of Climate Resilience Investments for the European Bank for Reconstruction and Development (EBRD) on achieving low-carbon and climate-resilient infrastructure systems.

The Belt and Road Initiative (BRI) is of huge strategic importance to a swathe of countries in the EBRD region that stretches westwards from the borders of China to the Mediterranean Sea. In addition to linking continents and integrating economies, the BRI can also support low-carbon and climate-resilient development pathways, in line with the objectives of the Paris Agreement. As this region contains some of the world’s most carbon-intensive economies as well as some of the most climate-vulnerable countries, it provides a compelling example of how decarbonisation and climate resilience must go hand-in-hand.

For example, in Central Asia and the Western Balkans EBRD has used a systems-level approach to understand the vulnerabilities of transport infrastructure to physical climate risks such as floods, landslides and extreme heat events. Spatially mapping these climate hazards in relation to each country’s transport network enabled us to identify key climate vulnerabilities and climate resilience priorities, thus informing the way that we plan and deliver transport infrastructure investments in each country.

As different infrastructure systems rely upon each other, a ‘system of systems’ approach is often needed. A good example of this is the inter-dependency between transport and energy systems in the BRI region. The development of low-carbon transport systems in the BRI region will require integration with clean energy systems, such as electric vehicles, charging stations, electricity transmission and distribution networks, and clean electricity generation facilities.

However, these types of energy systems – in addition to transport systems – are highly vulnerable to physical climate risks in that part of the world. The region contains highly water-stressed countries that are dangerously reliant on water-cooled thermal power generation, while shifts in weather patterns and shrinking glaciers threaten its considerable hydropower potential. Challenging terrain and major mountain systems fragment electricity transmission networks, with physical climate hazards such as landslides and avalanches posing further threats.

Further innovation is needed to crowd in private finance for climate-resilient investments, alongside low-carbon financing. Multilateral development banks such as the EBRD can lead the way for commercial finance, and develop new kinds of capital market instruments such as EBRD’s inaugural Climate Resilience Bond, which raised USD 700 million for climate resilience investments in September 2019. The BRI illustrates the potential for integrating low-carbon and climate-resilient objectives into infrastructure financing, in order to meet the needs of the decades ahead.

This news was created in partnership with 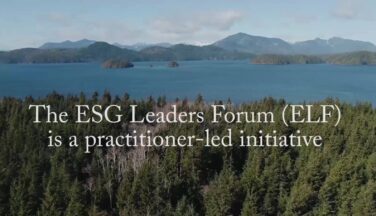 The ESG Leaders Forum (ELF) is a practitioner-led initiative

Recognizing the importance of sustainable investing, the UK and China have been working closely to encourage the growth of green and sustainable finance across the financial services industry... 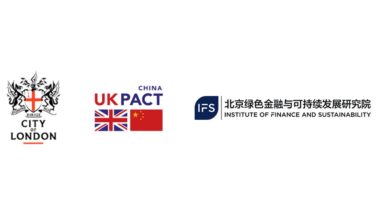