The UK and Chinese governments will today (17 June) welcome a set of green finance guidelines for the Belt and Road Initiative (BRI), developed by the City of London Corporation‘s Green Finance Initiative (GFI) in partnership with China’s Green Finance Committee (GFC).

The announcement welcoming the Green Investment Principles for the Belt and Road (GIPs) will be made in a joint text set to be released at the 10th UK-China Economic and Financial Dialogue, a meeting being held between the UK Chancellor Phillip Hammond and Chinese Vice Premier Hu Chunhua at The Mansion House.

Details of the first plenary meeting of the GIP secretariat – based in offices in London and Beijing – have also been released.  An event will be held on August 15-16th in Beijing to bring together all GIP signatories and supporters to share knowledge and best practices on green investment for the Belt and Road region, to endorse a pathway to implementation of the principles, to discuss the work plan for further developing the voluntary code of conduct, and collectively raise ambition for green, low-carbon and climate-resilience investment.

The news comes as the GIP secretariat launches a consultation asking organisations for views on how best to implement the GIPs. Feedback is welcomed from those who have signed up to the principles, as well as those with an interest in doing so in the future. The consultation can be found at www.ukchina.green, alongside information and news about UK-China green finance collaboration.

28 firms from around the world have now signed up to the GIPs including the big four Chinese banks, and a range of international financial institutions, and more are in the process of doing so.

“I am delighted to see that the UK government welcomes these principles to green the Belt and Road – an enormous vision that has the potential to radically improve links between East and West.

“It is encouraging that the Secretariat has today published a consultation on guidance to implement the Principles. This is an important step in building momentum behind low-carbon and sustainable development into BRI projects.

“While there is some way to go to ensuring the Belt and Road is truly green, today’s announcement is another step in the right direction on this journey, and a powerful statement of intent from financial firms in China, the UK and across the world.”

The Green Finance Summit on 2 July at Guildhall will see the launch of the new Green Finance Institute, which is jointly funded by the City of London Corporation and HM Government. It will look to accelerate the greening of the global financial system and enhance London’s position as a world leader in this field by bringing together the private and public sector.

The last meeting of the UK-China Green Finance Taskforce took place in London in November 2018, where a progress report and recommendations were produced. 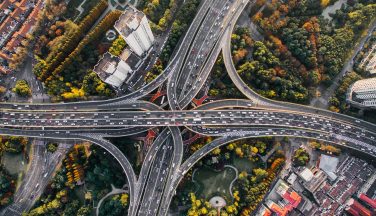 The City of London Corporation is helping to bring together some of the world’s biggest banks in Beijing tomorrow (Friday 16 August) to discuss for the first time implementation of Green... 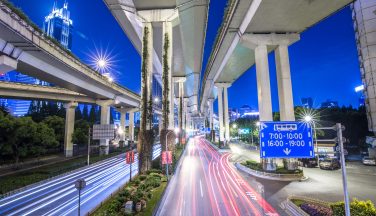 A guest blog post from Dr Craig Davies, Head of Climate Resilience Investments for the European Bank for Reconstruction and Development (EBRD) on achieving low-carbon and climate-resilient...

On 14th September 2021, the Third Plenary Meeting of the Green Investment Principles for the Belt and Road (GIP) successfully concluded in Beijing. More than 170 representatives from over 50...